Crisis Messenger
Home› Best Of
Come and join our Support Circle, every Tuesday, 8 - 9:30pm! Anyone is welcome to join. Sign up here
Click here if you need support urgently

Is the post in itself not just a hate speech?

I feel like if the latter in @Aidan ‘s comment was posted then the thread would’ve been deleted without question.

This post is potentially damaging and it can cause some serious upsets.

I agree with @BenMa here. There are some points in your post absolutely worthy of discussion, like the porn industry and sexual violence and the connections those things have to men.
However, it's an extremely sweeping statement to say the world would be better if men didn't exist. Certainly here, you'll find a lot of male-identifying people who spend their free time helping other people and whom have almost certainly experienced their share of hardship, including sexual violence and different kinds of abuse. It's worth being mindful of your audience.
There are problems with masculinity - that I agree with - but it's another claim entirely to write off an entire population of people. These things are almost always more nuanced than that.
Do you have any personal experience that has led to you having this view, @MorbidNomad?
Edit: I've also split these comments off into Politics & Debate and removed the last line of your post, @MorbidNomad, as it was arguably hate speech.

But there isn't the hug emoji anymore... sooooo... 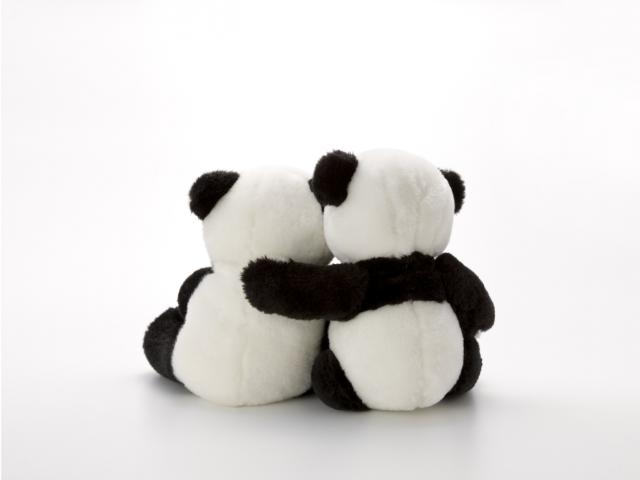 Hey! I appreciate the fact that you have a very strong opinion on this topic, and whilst I agree that those words can be used to describe some men - they can only be used to describe individuals! I don't necessarily think your gender 100% depicts your personality (that said, gender is indeed a factor for certain things).

For example, males make up 31%, or one in every three, of those aged between 16 and 74 who reported having been the victims of domestic abuse since they were 16. That's according to a large survey of crime in England and Wales, 2018.

That's just one single area where your point could be disputed. Surely if all men are cruel, none of us could possibly be victims of domestic abuse?

I wanted to make this post to potentially remind everyone reading that it's perfectly acceptable to hold an opinion, but it's important you make your opinion known sensitively - for example not on blog that aims to break down social roles and stigmas, and probably not on a discussion board that lots of young people turn to for support and having a safe space.

I apologise if I come across confrontational in this post, that's most certainly not my intention!! I did however, just want to challenge a strong and potentially hurtful viewpoint.

Hi, I'm Maryam and my FBI agent and I have decided you were worthy enough to be in my presence so I have now migrated here lol. No, but seriously I've just joined and I hope I can talk with some funny and considerate people who I can chill and vibe with

The importance of being genuine

Truthfulness and genuineness on The Mix have been something the staff team has been trying to grapple with for a while. We decided to dedicate a pinned post to it in Start Here so we can explore it fully.
Authenticity (being real or true to yourself; not being false) is important for a community like this that relies on mutual trust and support. When someone supports you, they're investing in you; they're giving their emotional and mental resource to you as well as their time. Supporting someone is also an act of vulnerability because to connect with someone and empathise, you need to open yourself up too and we all know how hard that can be.
If that effort and vulnerability isn't met with some genuineness about you and your story, it can make people feel 'cheated' and the community might be less comfortable opening up to support you in the future.
We genuinely believe telling a false story comes from a need for support and  - crucially - that people who tell false stories about themselves deserve that support. This isn't a moral judgment; we're not saying this behaviour is right or wrong. Either way, it's a reality that genuineness is a non-negotiable part of joining a community like The Mix because of that emotional investment. If you feel compelled to present yourself in an untruthful light for whatever reason, we'd suggest using 1-2-1 services instead.

It's important to note that this doesn't apply to minor details. If you want to say you're a different age, or that you're at college instead of school to anonymise your story, you can and should do that. This only becomes a problem when emotionally weighted parts of someone's story turn out not to be truthful. For example, a trauma they experienced or a life-altering health condition they have.

Accounts that don't appear genuine are likely to be approached by staff, or banned outright in cases of obvious trolling or spam. We'll always make the best judgment we can as a team with what we know.

If you think someone is being untruthful in a harmful way, don't confront them or call them out; come to us with your concerns. This keeps you out of any drama and also means the community stays a warm, supportive place. Newcomers or lurkers who see someone being questioned about their truthfulness may be less likely to open up for fear of being accused of the same thing, particularly if they want to share a similar story. It's important we encourage people to seek support as much as possible.
It's also worth remembering here that we never know for sure what's true. Everyone deserves a presumption of truthfulness, even - and especially - if their story is an unusual one.

The 'I need a hug' thread - please read first post before posting :)

Hi guys, here is my revised version of this thread! The other one was a quick lazy post to put a thread here.

This thread is for posting things which may not belong or be appropriate for the ranty thread in Anything Goes. This means that some of the posts in here have the potential to be triggering for some users and you should be aware that some of the content may be uncomfortable reading for some of you.

Been a rubbish day. Ah well.

How do you deal with lack of support from family and friends?

Hey,
I've been struggling with how my family reacted to both my gender (NB) and my sexuality (bi). It's hit quite hard because my family used to be one of my biggest support networks and really helped my with my mental health and I no longer have this anymore. Every accomplishment was amazing no matter how big or small it was.

I wanted to know if anyone (LGBTQ+ or not) has any advice on how to deal with this type of loss or just a positive message for anyone who feels this way who might read this too!!

ren0420
5
Next
How to report a post or private message
If you're worried about another member, you can use the 'flag' button under the post and drop @TheMix a private message. Our staff team and moderators will be regularly checking any reports that come through. If you're worried about a private message, you can add @TheMix to your conversation or send us a PM directly and we'll aim to respond within 24 hours.
lovemimoon and zaynab_5 are joint Post of The Month winners! Click here and here to read the winning posts.