Re: Why I have been missing, where I go from here

Welcome back @ThatFelixGuy, I was wondering why I hadn't seen your comments around in a while

This comment ended up longer than I intended so I put a spoiler round a couple paragraphs that were less relevant.

I can understand that you wanted to be left alone for a while, which is why you left the boards. Sometimes when we get incredibly overwhelmed we can feel like our brain is shutting down and that it is easier to just do as little as possible. I'm really glad you have decided to come back to The Mix, and I hope we can support you as you navigate the issues you have identified. Always remember you are more than welcome to drop in and out of these boards depending on how you feel.

I know you might think that your issues are small compared to others, but that does not mean what you are facing is not relevant. What you are going through is no less important than anyone else.  You have the right to feel what you are feeling ,regardless if others have a different relative experience. You can be grateful for some things in your life and still go through a host of issues. Being grateful that we are better than others and wanting to fix our own issues are not mutually exclusive.

I read a book once in which the author(Viktor Frankl) said that suffering is like a gas. If you pump gas into an empty chamber it will fill the chamber evenly and completely no matter how big the chamber is. He said that suffering would fill the human soul, no matter if the size of the suffering is great or little. The size of our suffering is then relative to us. I think it's important to remember that what might be a small problem/non-issue to others is still important to us. It doesn't matter if others have it worse than us.
You mentioned wanting to talk to a doctor, but you were unsure how to proceed. I know people are a bit worried about booking doctors appointments and taking up GPs time during Covid but please do not let that stop you. Your problems do not stop being problems just because of the current situation. GPs would prefer if you talked to them now rather than later. My GP is doing phone/video consultations.

I know those two links might be a bit overwhelming, so I am more than happy to break down the main parts of each page if you want me to 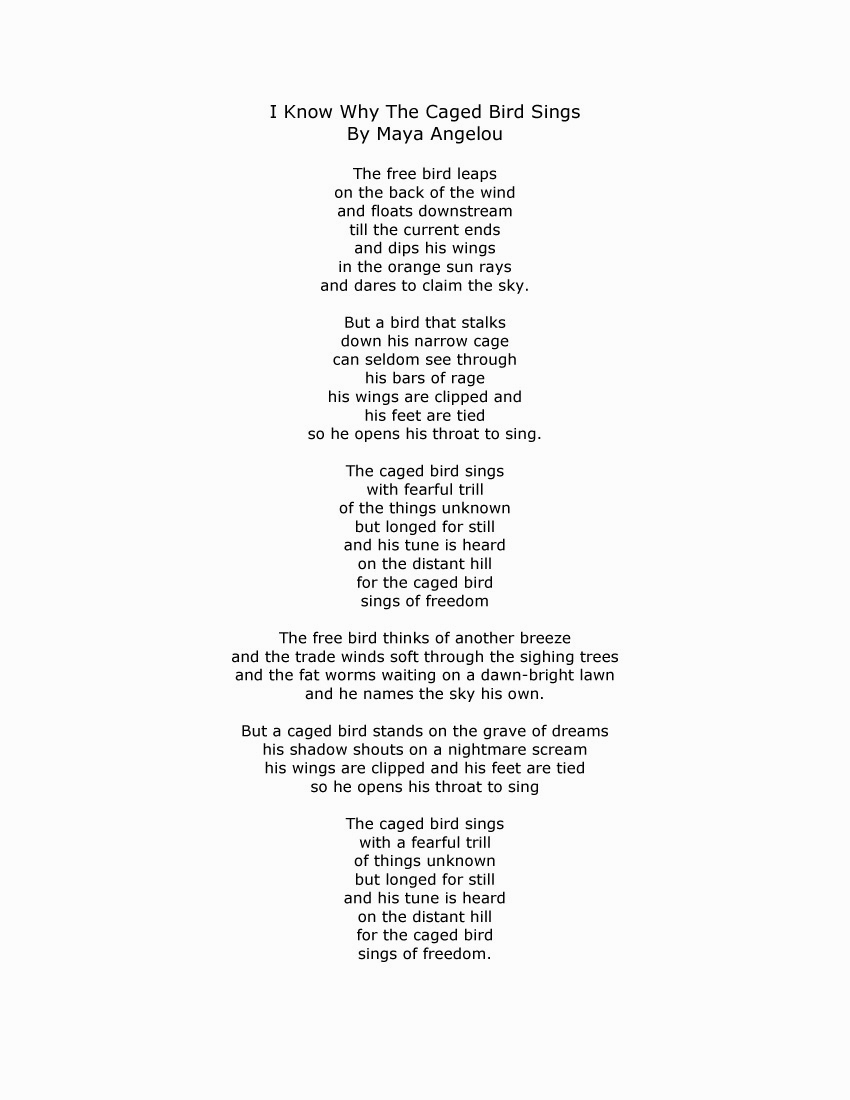 Thanks for this suggestion @Eleanor.

That's a really good one!
Due to the nature of URLs, we can't create a link for someone PMing us specifically but we can provide one for composing a fresh PM (https://community.themix.org.uk/messages/add)
We could also add an autolink for emailing the team for those without boards accounts.

Really nice idea - we've updated the masterlist on this thread with [email protected] and [email protected]
General update
We also removed the exclaimation marks from the commonly used words because that was breaking the links for some reason. So for example, !the mix has been changed to the mix.

I've noticed a few profile pictures are back to original avatars..not sure if it's a glitch again or if it's people's choice.
Thought I'd post just in case 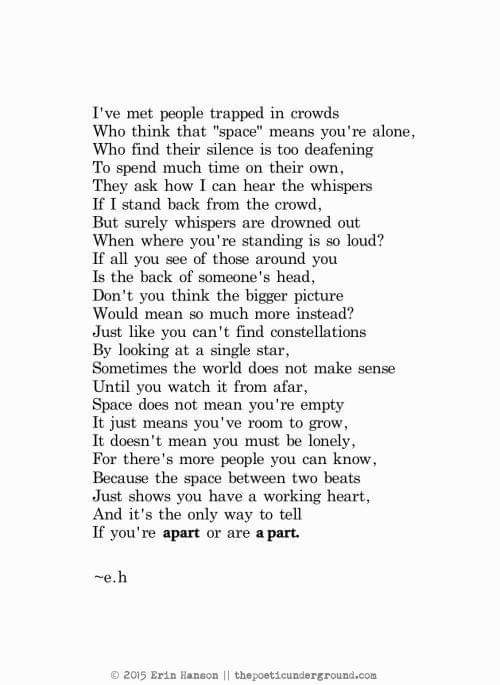 I’ve met people trapped in crowds
Who think that “space” means you’re alone,
Who find their silence too deafening
To spend much time on their own,
They ask how I can hear the whispers
If I stand back from the crowd,
But surely whispers are drowned out
When where you’re standing is so loud?
If all you see of those around you
Is the back of someone’s head,
Don’t you think the bigger picture
Would mean so much more instead?
Just like you can’t find constellations
By looking at a single star,
Sometimes the world does not make sense
Until you watch it from afar,
Space does not mean you’re empty
It just means you’ve room to grow,
It doesn’t mean you must be lonely,
For there’s more people you can know,
Because the space between two beats
Just shows you have a working heart,
And it’s the only way to tell
If you’re apart or a part.

What is a stammer?
A stammer is a speech impediment which sometimes makes speaking incredibly difficult. Someone who stammers might repeat sounds (li li li liam), they might make sounds longer (llllllllliam)  or their words might get blocked and no sound comes out at all. The severity of a stammer can differ from person to person, day to day, or sentence to sentence. Sometimes I can speak fluently for hours upon hours and then suddenly I'm stammering again or totally unable to speak.
People might stammer more when they're excited, tired, stressed out, feeling under pressure, self-conscious, or rushed. Talking on the phone can also be very difficult and therefore can cause a person to stammer more. Stammering isn't caused by stress or anxiety however stress and anxiety can make a stammer worse.

Can it be cured?
Sometimes stammers go away by themselves or with the help of speech therapy however, if stammering carries on into adulthood it's likely here to stay forever, although this is not always the case.  There is no cure for stammering however there is therapy/counseling which can help people to accept their stammers and the acceptance will then hopefully help make talking a little easier.

How does stammering affect someone?
I can't speak for everyone however I can share from my own experience. For me, my stammer makes every day feel like an obstacle course. Is my stammer going to be bad today? Am I going to be able to hang around with and talk to my friends at lunch? Is my teacher going to make us read out loud? Am I going to embarrass myself? ... My stammer is my biggest insecurity and although it's not something I try to hide (i talk... like.. ALOT) it is something that I feel embarrassed about. I struggle at school, during registration, or whenever I'm asked to answer a question out loud. I struggle to tell people what I want and sometimes I find it difficult just to have normal conversations. It's sometimes hard to order meals or coffee, to talk on the phone, or even just using Siri/Alexa

How to talk to and support someone who stammers

Talking to someone who is stammering might feel uncomfortable but know that it's more uncomfortable for the stammering person. Try to be patient and listen as if you would to anyone else.
I think the best way to support someone who stammers is to just treat them like any other person but still understanding that certain situations can be a little more difficult for them. Patience is also super important. I had someone walk away from me mid-sentence once 🙃. It can feel rubbish when you're being treated differently just because of your speech impediment.


Hope this is a wee bit helpful for yous

The same poet as above, this poem is about trying to find hope and remaining positive when the world feels a wee bit glum.

It's another long one but super worth the read.

The truth is it’s too easy

to tell ourselves it’s too hard

When facing the end - that it’s too late

to even make a start

But if we take impossible to mean

that we don’t have a chance

We have lost sight of how unlikely

it was we would get this far.

The way the single fish outwits the shark

by sticking with its school

The way a crescent moon out spins its dark

to once again be full

Even winter - given long enough

begins to lose its cool

What was once exceptional

now barely registers at all

The bug who finds its all too much

and shuts off everything

To then recover and have summoned up

The strength to stretch its wings

The snake so full of itself

that it cannot help but shed its skin

Or how instead of death, the hedgehog

went to bed and slept till spring

To think the earth exists at this

specific distance from the sun

Down to the angle of the axis

on which everything is spun

The fact that trees happen to breathe

That which we need inside our lungs...

It would all seem impossible,

Had it not already been done.

We are so constantly surrounded that it’s easy to forget

Just as indeed the dos we did outdo the don’ts we didn’t,

So everything’s impossible, until it isn’t.

they were drawn by a child

We can’t begin to comprehend

All of the ways this world is wild

None of them asked if they were possible

Before they came to be.

None of them have ceased to exist

By being told they’re make-believe

The thought of rivers changing course

before somebody gave a damn

Before a line’s drawn in the sand

We cannot know how far our actions go,

Sometimes the only thing that we can do

Is to do all we can

Just as the night is at its darkest

When it’s introduced to day

Just as the dry is at its harshest

In the breath before it rains

it’s easy enough to believe in something

When it’s all okay.

It is when times are at their hardest

That it’s hardest to have faith

And yet the wolf that survives

is the one we’re feeding the most

By making it through day to day

We see the seasons evolve

If there was never any doubt

There’d be no reason for hope

It could too late to do anything

It sure as hell is if we don’t

When it’s over and we’re no more

than old bones within the ground

Still the soil knows to grow its seeds

from what is broken down

What is lost is always lost

until the moment it is found

It only ever goes one way..

Unless we turn things round

I am tired of the doom and gloom

When it’s an act of revolution

To try to stay remotely positive

About opting to be optimists

We are impossible to everyone who’s ever gone before

Just as indeed the dos we did outdo the don’ts we didn’t,

So it will remain impossible, until it isn’t.

Re: What have you done today to make you feel proud? 💕

Feel on the ball today! Woke up early, did a Joe Wicks work out & read some of my book.

Liam
Flag 1 ·
Anch0r33 & Eleanor have been voted joint winner of September's Post of The Month!