Crisis Messenger
Home› Anything Goes
At The Mix, we want to make our services as helpful as we can. To do this, we’d love to ask you a few questions about you, your visit to The Mix and its impact. It should take only about 5-10 minutes to complete. Take this survey and get a chance at winning a £200 Amazon voucher​.
Come and join our Support Circle, every Tuesday, 8 - 9:30pm! Sign up here
Click here if you need support urgently
Read the community guidelines before posting ✨

Shadows on posts: yes or no?

Mike 🎧LandaanPosts: 3,614 Community Manager
January 2020 edited January 2020 in Anything Goes
Hey folks!
Excitingly, we've got the ability to add slight shadows to posts and avatars. They add a bit of visual depth to discussions, make things feel a bit more modern and posts look a bit less static. In addition to that, we can round off the corners of posts to make them a bit less square.
This is how that looks on desktop: 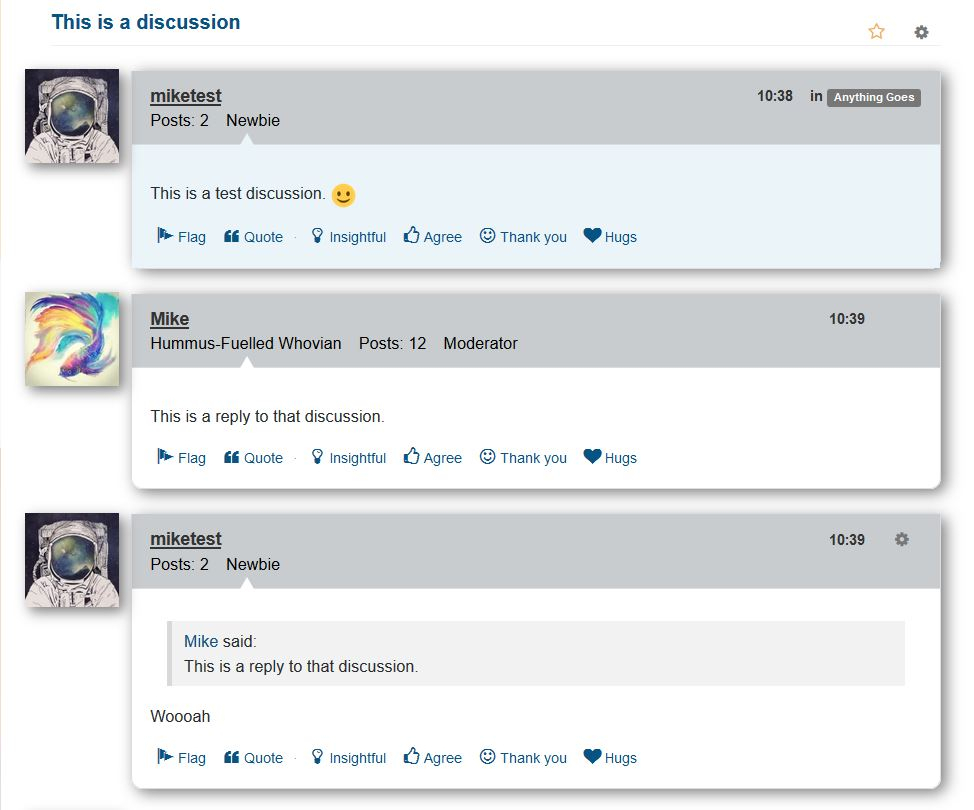 This is how it looks on mobile: 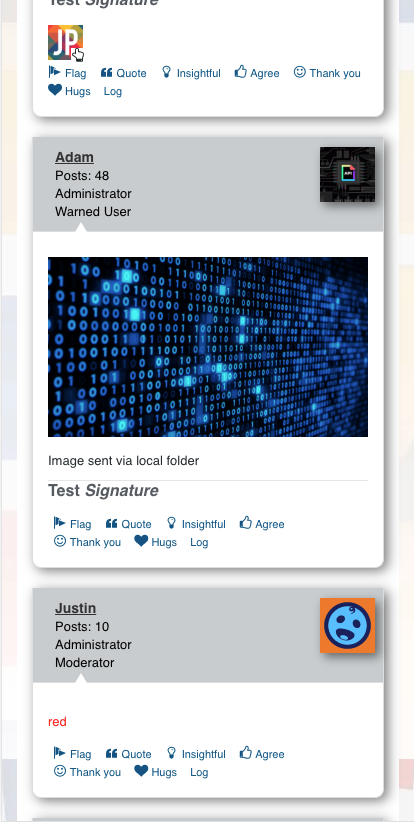 Vote on the poll to say whether you'd like to give this a go. No change would be permanent - this is just to try it and see what we reckon. We quite like it on the staff team but we want to see what y'all think.
At the start of next week we'll decide what to do, based on these results.

All behaviour is a need trying to be met.
Want to join the community champions? Drop @TheMix a message!

Shadows on posts: yes or no? 22 votes