Danny! modPosts: 560 The answer to life, the universe, and everything
November 2014 in Politics & Debate 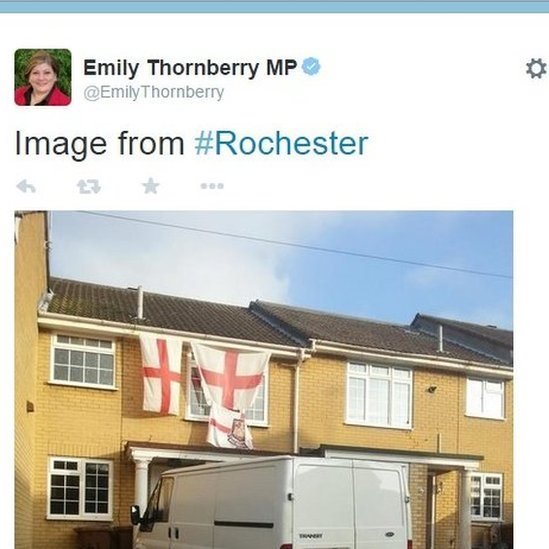 Emily Thornberry caused a massive row by tweeting this picture. She's been forced to resign and accused of being a snob and out of touch with working people.

What do you think - offensive piece of snobbery? A silly mistake?

Is it foolish for people in the public eye to use Twitter, when one tweet can cause so much damage? (The Queen limited her first tweet to a formal:"It is a pleasure to open the Information Age exhibition today at the @ScienceMuseum and I hope people will enjoy visiting. Elizabeth R").
0

Coc0mac won Post of The Month for December, supporting another member with exploring their sexuality