Crisis Messenger
Home› Politics & Debate
We're aware of several bugs/changes to the discussion boards. We're looking into them and will give an update as soon as we can. Thank you for bearing with us. :) 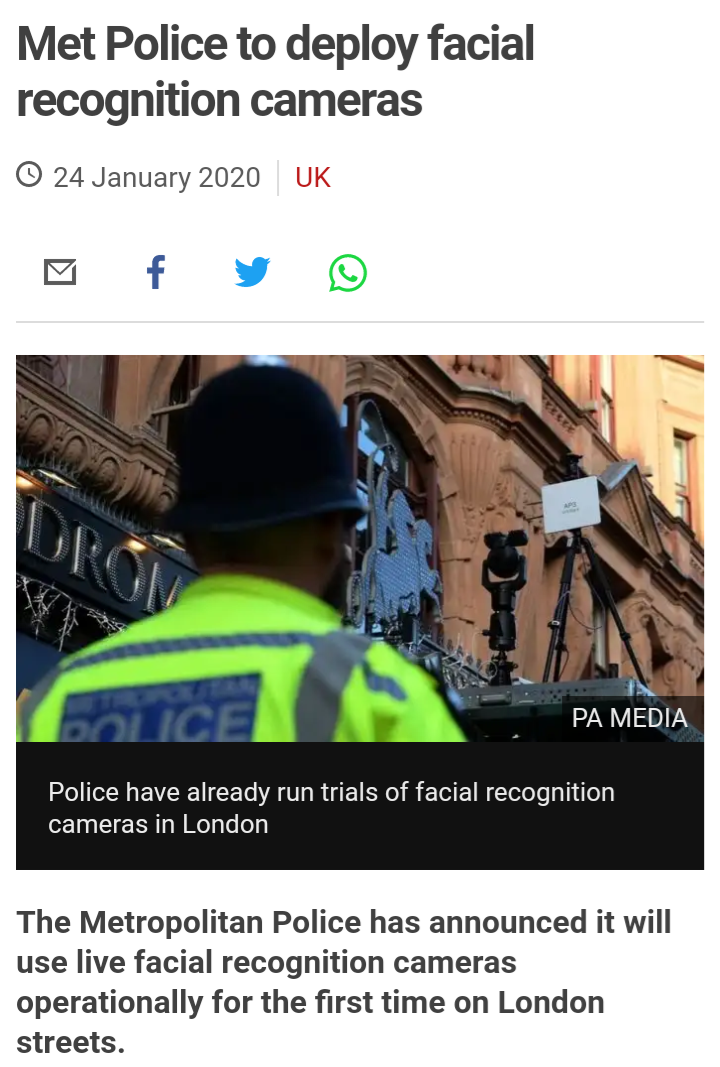 So what do we think, a necessary hi-tech tool against modern criminals?- or a threat to civil liberties on the slippery slope to an authoritarian police state?

During the trials it's been a £90 fine for walking past these cameras if your face is covered.

Congratulations to May's Post of The Month winner, Aidan! Click here to read their quick guide to motivation and productivity.